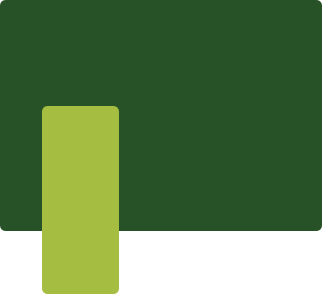 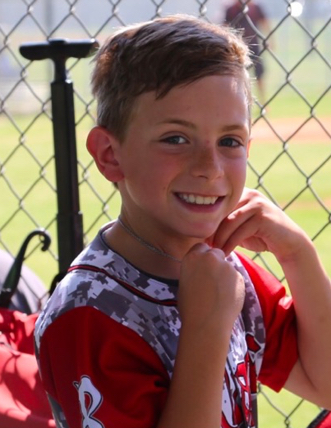 One Team,
One Voice,
One Mission 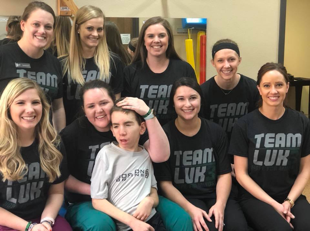 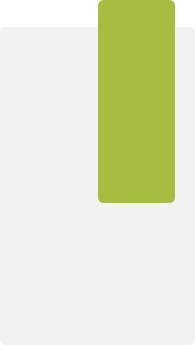 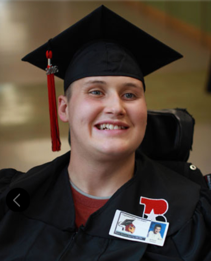 About Team Luke Hope For Minds

I received a phone call on July 28, 2015, that no parent ever wants to hear. Luke had been in a golf cart accident. I arrived at the hospital, and the first words I heard were, “Luke has been in cardiac arrest. He has suffered head and chest trauma.”

We spent 44 days at the University Medical Center in Lubbock. On the 7th day, Luke had three brain surgeries. It wasn’t until the next day that we knew there was brain activity. On September 10, Luke was transferred to Cook Children’s Hospital in Fort Worth, where he spent the next four months in treatment. His high blood pressure, high heart rate, and constant nausea did not allow for much rehab. Luke’s MRI was so bad the neurologist told us that, based on those results, Luke would never use his voice or his limbs. It was a day I will never forget.

It Was a Day I Will Never Forget

On January 6, 2016, we arrived home to a big Lubbock welcome in the cold and rain. Since that day, Luke has worked tirelessly in physical therapy, occupational therapy, and speech. My little Luke is the greatest fighter I’ve ever seen. Luke’s love of sports has fueled his competitive spirit to fight every day. He can now use his limbs to command. He also swallows frozen lemonade and has begun to take sips of water.

Throughout it all, my wife Jenny has been the rock of our family. We couldn’t have made it this far without her. And in one of my darkest days, someone came up to me and said he is praying for me, and to put one foot in front of the other. That is my goal every day. 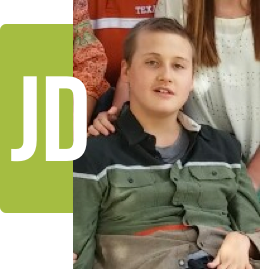 In 2008, an 11 year old boy named JD suffered an anoxic brain injury from a near drowning incident in a hot tub. The family saw “life as normal” change that Saturday afternoon as they and their four children faced the uncertainty of life ahead. As JD underwent extensive treatment for his injuries over a 6-month hospital stay, the community stepped up and supported the family both financially and emotionally through financial support and prayer. “Pray, Pray, Pray for JD” and “Hope4Minds” became the slogans of these support efforts.

As time has passed and as JD’s parents have better adjusted to the “new normal” in their home, they have continued to remain focused on hope and recovery. At a very early point after the accident, his parents were faced with a decision when told by a physician that they might want to consider withdrawing care for their son. Disturbed by the comment, JD’s parents committed to do everything possible to support JD’s recovery, never contemplating any other option. With the daunting task of caring for a recovering child with a serious brain injury, the family has stayed united and strong by focusing on their faith and HOPE.

HOPE keeps us standing up tall each day, looking at the small improvements that come each day, week, month as affirmation of our commitment to JD’s full recovery; things are already tough in most folk’s lives and without HOPE in what can be achieved and what lies ahead, life becomes a whole lot tougher.

says JD’s father, John. John goes on to state “without a doubt, we have seen significant recovery and improvement in JD’s condition, and it will continue. JD deserves every opportunity to regain his abilities and we stand committed to the goal of complete recovery”.

Since then, JD has participated in various treatments, including Neurodevelopmental Therapy, Occupational Therapy, Speech Therapy, Umbilical Cord Stem Cell Therapy, Hyperbaric Oxygen Therapy, Water Therapy, Music Therapy, and Hippotherapy. He also had a procedure known as the PERCS Procedure performed on his ankles and elbow to release and lengthen the tendons, so he could begin bearing weight on his feet and straightening his arm. He used the Gait Trainer and Standing Wheelchair to begin bearing weight and making the walking motion once again. He then began to make significant cognitive changes, as well as a vast improvement in his vision due to being in an upright position for long periods of time.

After years of multiple therapies, the use of specialized equipment, and a rigorous standing program, JD is almost fully weight bearing, can walk with little assistance, and has started to talk, sing, and even spell.

As JD began treatment, his family struggled with the lack of information and guidance, as well as the mounting expenses for items such as house renovations, transportation, medical equipment for their home, and recovery based therapies not covered by insurance. They received significant financial support from their community and a decision was made to form Hope4Minds to help families experiencing the same struggles. Approved in December 2011, HOPE4JD (dba HOPE4MINDS and Team Luke Hope For Minds) is a 501(c)(3) nonprofit organization (Tax ID #32-0351208) based in Austin, Texas, that supports Texas families with children who have suffered an acquired brain injury.

Why We Are Here

Our mission is to enrich the lives of children with a brain injury and give hope to their families through support and education.

According to The Center for Head Injury Services, approximately 1 in 500 school-age children each year receive a head injury severe enough to be hospitalized. Although families are eligible for state and federal financial support, funding is limited, and families are forced to pay for medical care on their own. The emotional, physical and financial strain of caring for a disabled child takes an enormous toll on families.

Because Team Luke and Hope4Minds share the same goals, we have decided to work together. Just as the members of our support groups find strength in one another, we know this partnership will further our goals of helping families pay for items not covered or partially covered by insurance, providing advocacy and education, and building support communities.

At the heart of our services is the conviction that the health and well-being of these children can improve over time if families have access to educational materials, therapeutic services, and adaptive equipment for their children. We also believe that families can gain strength by connecting with one other. To provide these crucial services, we need your help. Every dollar makes a difference. With your generous gift, you make it possible to keep hope alive—one precious child at a time.

Meet Our Leadership and Board Members 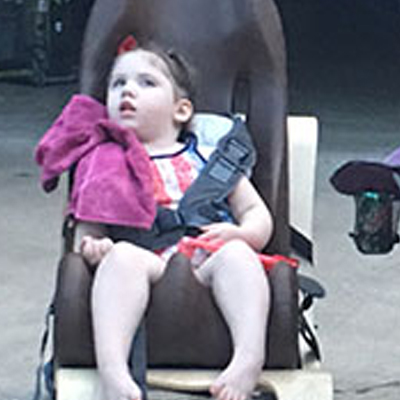 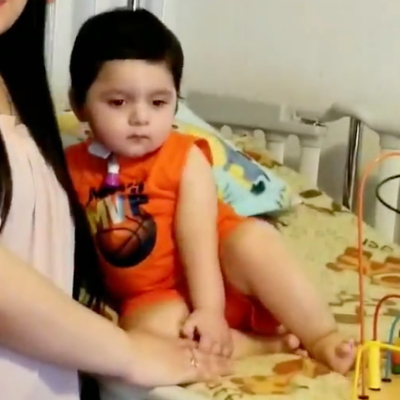 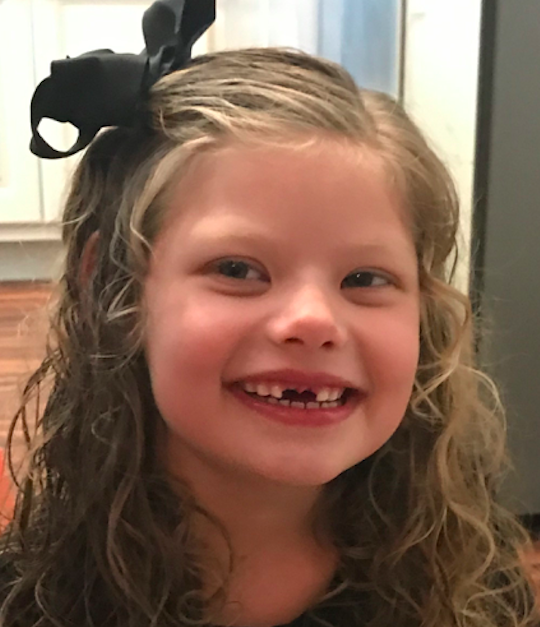 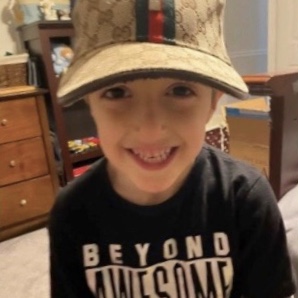 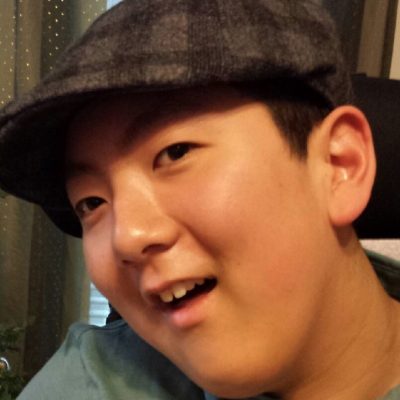 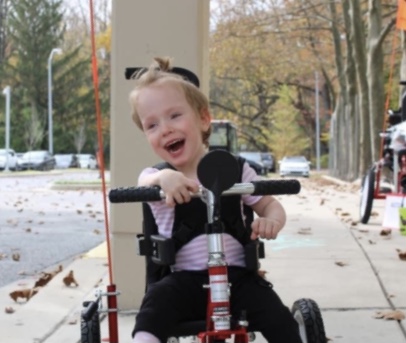 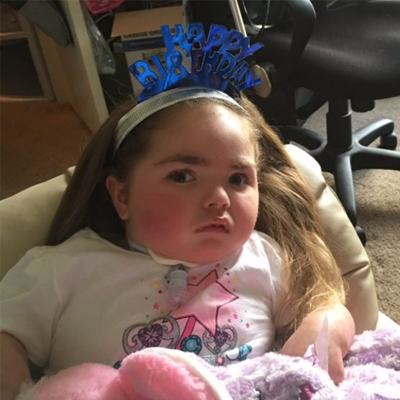 D-BAT Lubbock is proud to partner with Team Luk3 Hope for Minds to raise brain injury awareness and support with our first annual #100Swings for 100 days event.

As a way to increase its reach across the country the Team Luke foundation and an Austin-Based non-profit, Hope4Minds, will form an alliance to create what will be known as Team Luke Hope For Minds.

We Couldn't Do It Without Your Help

It's easier than ever to get involved

Show The World You Care

Help Us Build A Community

Your Time Can Change Lives