Hyperbaric oxygen therapy is a dual-drug therapy consisting of increased pressure and increased oxygen. All living organisms are sensitive to changes in atmospheric pressure and oxygen. HBOT utilizes this sensitivity by increasing pressure and oxygen to a patient to stimulate genes in our chromosomes that inhibit inflammation and produce growth and repair hormones. The target of these hormones are wounds in our body. In essence HBOT is a treatment for wounds in any location in the body and of any duration. Traditionally, the medical profession has not thought of diseases as wounding conditions. In this talk Dr. Harch will show how most neurological diseases, including pediatric neurological diseases, are wounding conditions. Examples will be shown of HBOT’s effectiveness in a number of cases and the justification made for application to many pediatric neurological conditions, especially those resulting from birth injury.

Paul G. Harch, M.D. is an emergency medicine and hyperbaric medicine clinician who is Clinical Professor of Medicine, Section of Emergency Medicine, at LSU School of Medicine, New Orleans, and former director of the University Medical Center Hyperbaric Medicine Department and LSU Hyperbaric Medicine Fellowship. Dr. Harch initiated and maintains a private practice that has resulted in the largest case experience in neurological hyperbaric medicine in the world. In this practice he adapted the concepts of conventional hyperbaric oxygen therapy to wounds in the central nervous system that spawned the subsequent academic and research practice. Beginning with brain injured divers and boxers in 1989, he applied his protocol to the first HBOT-treated cerebral palsy (1992) and autistic children (1996-2000) in this country and multiple other cerebral disorders, including most recently the first PET documented Alzheimer’s case (1/2019) and a subacute drowned child (Medical Gas Research 3/2017). This drowning case was the first demonstration of global regrowth of brain tissue in humans. He has now treated the largest series of drowned children in the world, over 100 children. In addition, He has successfully treated U.S. servicemen with TBI and PTSD, publishing the first case in 2009, a case series in 2012, a case-controlled series in 2019, and in March, 2020 a randomized controlled trial in civilians and veterans with mild traumatic brain injury. This human work was buttressed by application of the human protocol to animals in 2007 that stands as the first and only improvement of chronic brain injury in animals in the history of science. Dr. Harch’s work and perspective on hyperbaric oxygen therapy was published in his book, The Oxygen Revolution, where HBOT is explained as an epigenetic therapy with expected revolutionary effects on medicine and neurology. In March, 2020 he proposed the application of HBOT to COVID-19 pneumonia based on the successful use of hyperbaric treatment for dying Spanish Flu patients in 1918 and has now successfully treated patients with COVID-19 Long-Haulers Syndrome. 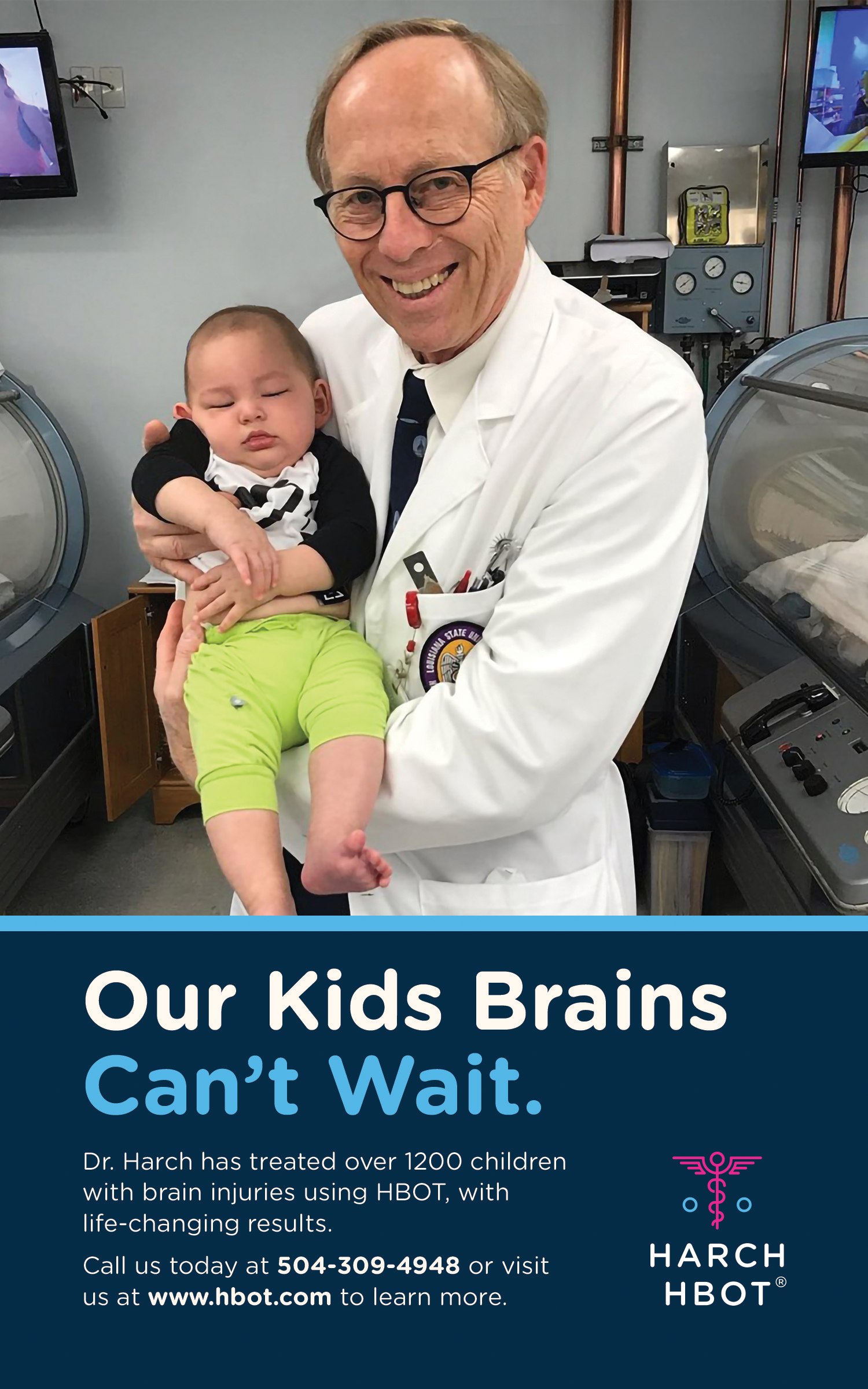 You can learn more about Harch Hyperbarics by clicking here!