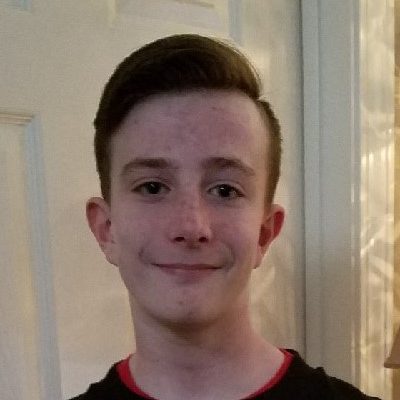 “On July 21, 2013, Spencer survived a near drowning accident while on vacation in Brevard, NC. He was 8 ½-years-old at the time. While fishing, hiking, zip lining, touring, and swimming were all on the list of things to do while in North Carolina, tubing down the beautiful waterfalls was on the top of this list for Spencer. While making our second trip down a small ‘lazy river’ just across the road from where we were staying, Spencer somehow got his foot stuck under a big log just laying off the bank. It wasn’t deep water, so I got out of my tube and went to Spencer as he stood there saying, ‘My foot got stuck under this log.’ As I was trying to pull his foot out, there was a strong current that was coming up from under the log, slowly pulling him down and pushing me back. I was pulling as hard as I could on his foot to lodge it out, but the current kept pulling him further and further down. Everything happened so quickly. Then I remember his body was being sucked up under the log and I was holding his head out as long as I could. The current kept pushing me back. I’ve never felt so out of control and helpless, watching my child die before my eyes. It was so loud with the waterfalls around us, all I could think was that no one would ever hear my cries for help. I sent Tanner, the other little boy with us, for help.

“The next thing I know, a man came running down the bank to us. He happened to be fishing that day right near where this happened. His name is David, but I refer to him as our guardian angel. He had run up to the road to get help and for someone to call 911. He immediately came back and tried to help me pull Spencer out. We couldn’t budge the log. It was so heavy. I was sobbing and begging him to get my baby out. He was crying too, as we just didn’t have the strength. I was begging God to help.

“EMS and Fire and Rescue showed up quickly, but seemed like an eternity. They managed to pull Spencer out and performed CPR. From what I saw, I just knew Spencer wasn’t going to make it. I was praying that God would save him and give him another chance to live. The next thing I remember my husband and a rescue worker came to me and told me Spencer had a pulse, it was slow, but present and trying to take breaths on his own. They told me he was under water for about 15-20 minutes. But they weren’t really sure. They took him in an ambulance and intubated him while on the way to the nearest hospital. My husband David and I followed behind.

“Spencer spent twenty days at Children’s Mission Hospital in Asheville, NC. We were then airlifted to Our Children’s House at Baylor in Dallas, where he spent 30 days recovering. He continues with speech and occupational therapy. He is in school and trying so hard to catch up. He has difficulty with his memory, cognitive issues, and some fine motor skills. He has come such a long way in his recovery and I know he will come even further. He has his good days and bad days. I know through prayer, therapy, and sheer determination he will get through this. He is definitely a miracle and such an inspiration.”

Team Luke Hope For Minds purchased the Listening Program equipment which provides engaging brain stimulation to improve Spencer’s performance in school, work, and life. Team Luke has continued to support him and his family and help find the best therapy for Spencer.